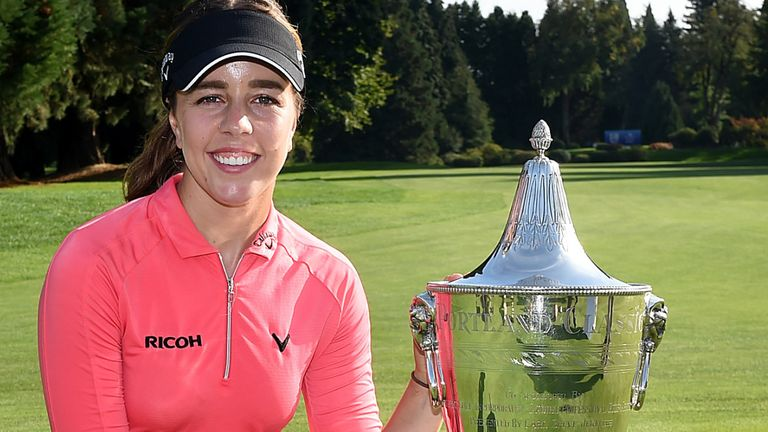 Georgia Hall captured her first LPGA Tour title on US soil as a par on the second extra hole was enough to edge out Ashleigh Buhai at the Cambia Portland Classic in Oregon.

Hall's win was her first on any Tour since landing her maiden major at The Women's Open in 2018, although she did win back-to-back events on the Rose Ladies Series during the summer.

The 24-year-old held a one-shot lead coming up the final hole having earlier carded six birdies in a superb eight-hole run either side of the turn, but her second bogey of the day on the 18th left her tied at the top with Buhai on 12 under par.

Hall regouped as she signed for her closing four-under 68 before returning to the 18th tee for the play-off against the South African, which they both parred and headed back to the first hole.

The Solheim Cup star missed the green to the right with her approach, but a deft chip to three feet enabled her to save par which Buhai could not match. ราคาบอลไหล

"To bogey the last I was quite upset about that," Hall said afterwards. "I had to refigure myself and get back to try and win that play-off.

"The pins were so tricky today, so I knew the scoring wouldn't be low. I had a really good run in the middle there, three or four in a row, and had to hold on over the last few holes."

Hall's English compatriot Mel Reid held the overnight lead as she celebrated her 33rd birthday with a second-round 65 on Saturday, but she struggled over the final 18 holes and carded a disappointing 74 to slip into a tie for fifth on 10 under par.