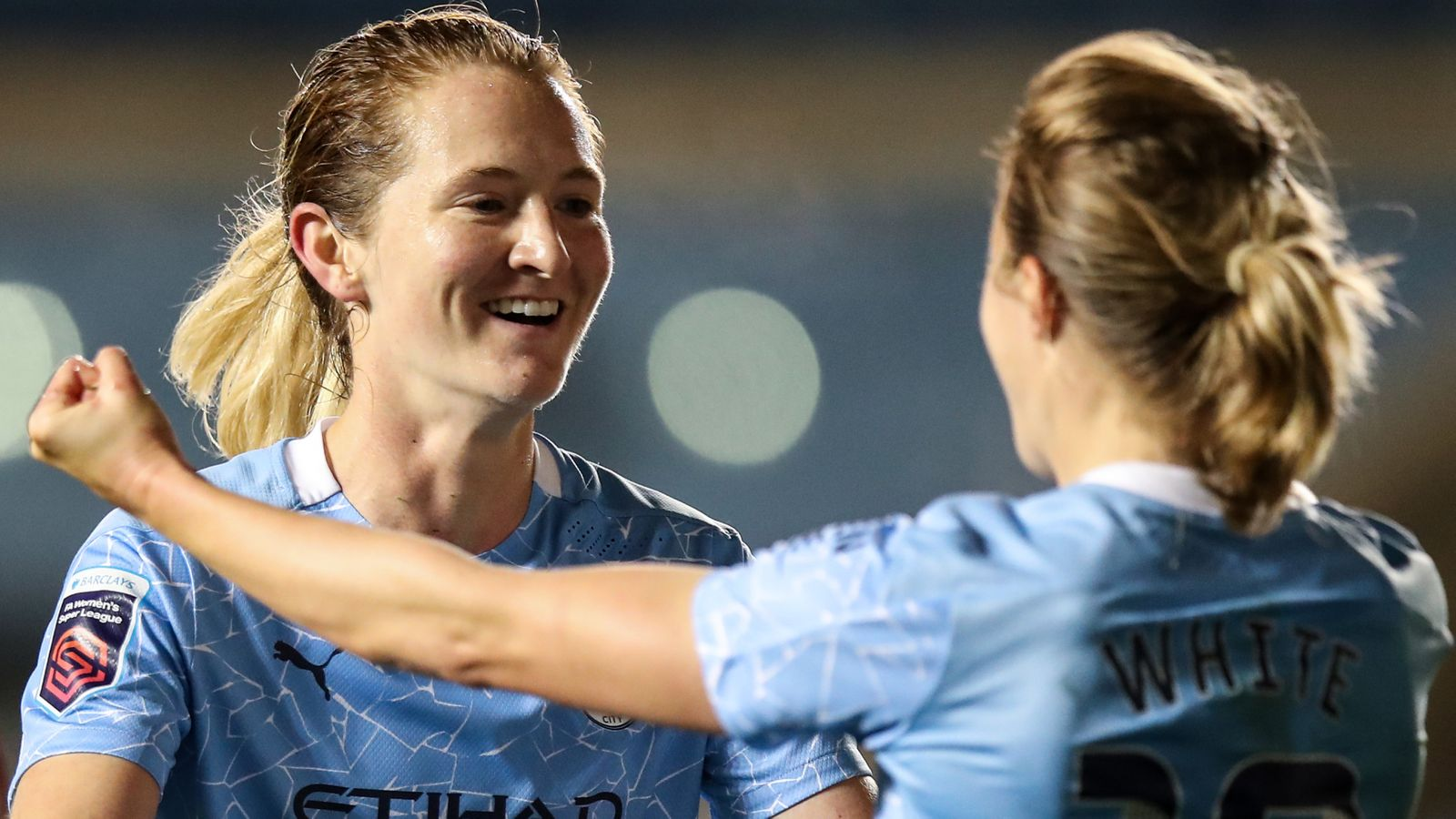 Sam Mewis was the matchwinner as Manchester City booked their place in the Women's FA Cup final after a 2-1 win over Arsenal.

City captain Steph Houghton scored the goal City's early dominance deserved in the 19th minute when she curled a free-kick over the wall and into the left-hand corner, after Leah Williamson fouled Caroline Weir just outside the box.

Chloe Kelly's cross from the right found White, who managed to scramble the ball back for USA international Mewis

to rifle home unmarked in the box just two minutes later, opening her City goalscoring account in the process.

City picked up the second half where they left off, dominating the ball and pressing with purpose.

They could not find their third goal though and Arsenal rallied, creating chances of their own.

Nicoline Sorensen doubled the advantage in the 60th minute as she exploited the space behind Birmingham full-back Rebecca Holloway to turn an Ingrid Moe Wold cross into the back of the net. german keno

Everton substitute Valerie Gauvin wrapped it up three minutes from time after Christiansen intercepted the ball from a tired-looking Birmingham defence and played in Molly Pike, whose through ball saw Gauvin drill home.