US Open: Tiger Woods not happy with erratic finish to opening 73 at Winged Foot 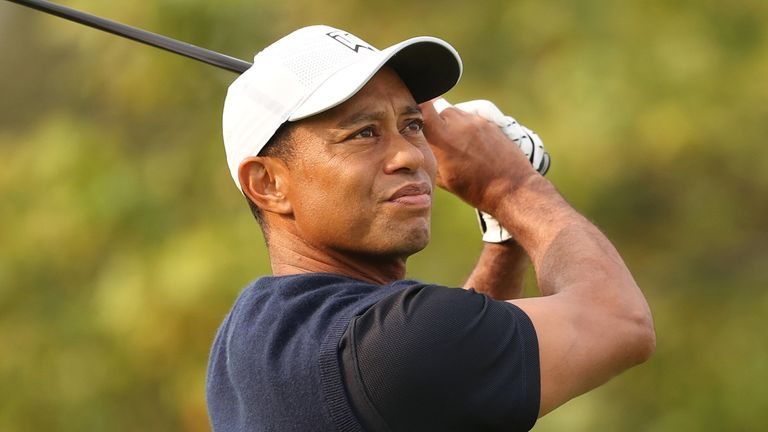 "This is a long marathon of a tournament and there's a lot of different things that can go on," says 15-time major champion

Tiger Woods was clearly angered by a poor finish to his first-round 73 at the US Open as he slipped eight shots behind playing-partner, and early leader, Justin Thomas.

Woods endured a day of "ebb and flow" at Winged Foot, the venue for his first missed cut in a major as a professional in 2006, countering five birdies with six bogeys before a duffed chip at the last led to a double-bogey six.

The 15-time major champion was two over early on and, after getting one back at the sixth, he also bogeyed the eighth before getting hot on the greens with three consecutive birdies that got him into red numbers, and he was convinced he had a fourth only for his 10-foot putt on the 12th to veer left at the last moment.

Woods erred again at each of the next two holes, but he got back to level par with a huge putt from close to 40 feet on the 16th green, although he dropped another shot at 17 and then needed four shots to hit the green at the last - his chunked pitch souring his post-round mood.

"It was a bit of ebb and flow to the round, but I did not finish off the round like I needed to," said Woods. "I made a bunch of putts in the middle part of the round, but it seemed like most of my drives on the front nine landed in the fairway and ended up in bad spots. สูตรแทงบอลกำไรดี

"I tried to stay as patient as possible, hit a really good putt at 12 and thought it was going to go in and then it lipped it out, and then made two bogeys after that and unfortunately just did not finish off my round the way I needed to."

Woods had no issues with how the USGA set the course up for the opening round, but he admitted the layout will only get firmer, faster and much more difficult as the tournament progresses.